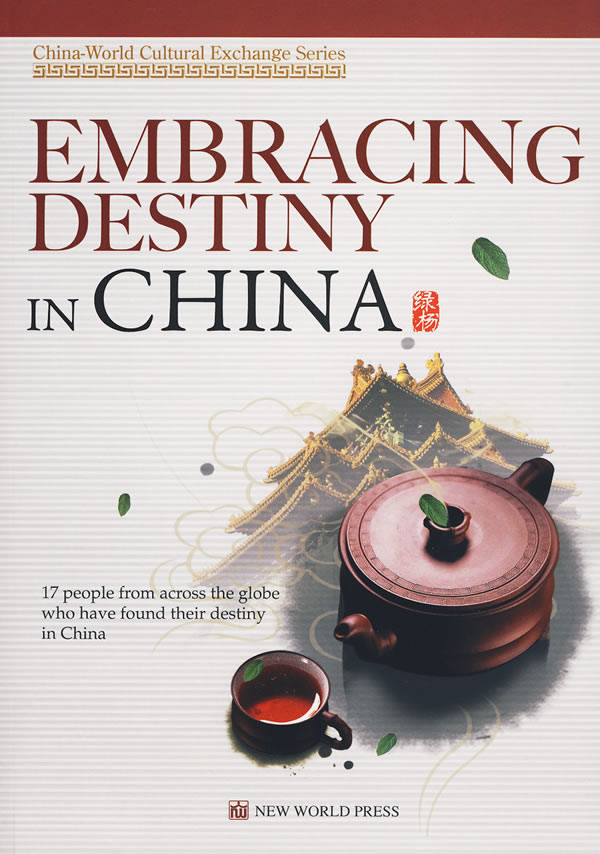 lu yang, the pen name of yang zhen, a senior journalist of the japanese-language version of people's china magazine, has worked in foreign publishing, communications and cultural exchanges for more than 20 years. he has written many articles on chinese history and culture, as well as china's reform and opening-up, and has won worldwide acclaim from readers both at home and abroad. some articles have been collected into books and some have received awards. in recent years, he has focused his interests on th conditions of foreigners living in china, and so was invited to be the leading writer of the book living in china and dreaming big in china.

buddha said." when two strangers face each other while passing on a road, yuan is the indescribable sensation for one of them to "turn around and seek the other." this moment of bliss is built with the encounters of the past 500years. isn't it a wonder that i can catch sight of you, out of the myriad of people, at a significant moment?
then i asked buddha: according to the saying, if the yuan built with the prayers and practices of 1 o0 years can bring two people to the same ferryboat, and if the yuan built with those of l, 000 years can make them a couple, how many times must one feel the sensation to "turn around and seek the other" in order to amount to a single significant encounter today?
buddha smiled and didn't reply.

remembering ma haide
a sunny boy
kyoka in the two capitals
the big bull's amazing year of the ox
beautiful chef
a "chinese girl" from america
doctor mo
a chinese tie lasting for half a century
long live chinese cattle
opportunities in china brought by kung fu
a woman waking up chinese mornings
a practitioner of china-japan communication
the special life of a finn
french taoist nun, discovering the way
realization of a foreigner's dream in childhood
the story of "foreign anchor" in china
her ties with chinese movies and television
展开全部

插图：In 1931, he transferred to Geneva University in Switzerland to completehis clinical diagnosis diploma and received his M.D. in 1933.After graduation, he went to Shanghai along with two schoolmates todo research on VD and certain tropical diseases that were rampant in east-ern countries at the time. Originally the trio only planned to stay in Chinafor a year, but George was immediately shocked by the misery afflicting theChinese people at the hands of the old corrupted Chinese government. Dur-ing his investigation of tropical diseases and malnutrition amongst laborers,George found that some child laborers of no more than 14 years old had bad-ly burned hands due to their tireless work in production factories. He treatedthe poor at a very low price, but he found that one doctor could only treatless than 100 patients per day, while the corrupt social system was producingthousands of new patients and beggars every day. He hated this darkness andcorruption in society, especially after witnessing policemen killing youngrevolutionaries at Hongqiao Airport. He believed that only an overall reformof the social structure could change the fate of the oppressed Chinese. Histwo schoolmates returned to America disappointed in China, but George justhad to stay in China longer. He was determined to tide his anger and find theroot of the Chinese social afflictions.He had the fortune of coming into contact with prominent and influen-tial members of Chinese society. He had contacts with Sun Yat-sen's wifeSoong Ching-ling, and such progressive foreigners as Agnes Smedley, RewiAlley, M. Granich and H. Shippe, under whose influence he began to studyMarxism and Chinese revolutionary history. Through them, he saw Chinain a new light, that is, needing the force of revolution to overcome its socialills, and forces that had been shaped under the le

Lu Yang, the pen name of YangZhen, a senior journalist of theJapanese-language version ofPeople's China magazine, hasworked in foreign publishing,communications and culturalexchanges for more than 20 years.He has written many articles onChinese history and culture, as wellas China's reform and opening-up,and has won worldwide acclaimfrom readers both at home andabroad. Some articles have beencollected into books and some havereceived awards. In recent years, hehas focused his interests on theconditions of foreigners living inChina, and so was invited to be theleading writer of the book Living inChina and Dreaming Big in China.