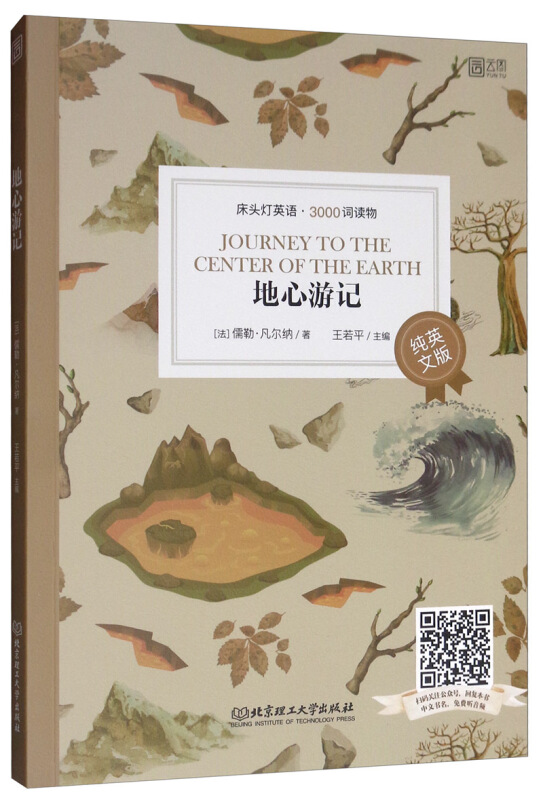 《床头灯英语·3000词读物（纯英文）：地心游记》：  When I woke up the next morning， my poor uncle was still working to discover the meaning， with red eyes and a pale face. I really pitied him. He was so concerned with finding out the meaning that he forgot all other emotions.  I could have told him the meaning of the writing， but I did not. Why did I remain silent? Because I felt my uncle would not benefit from such knowledge. "No， no，" I thought， "I won't tell him. He'd want to go there， and he'd risk his life to go. I won't tell him the secret. Let him find it by himself if he can."  After deciding not to tell him， I sat quietly watching him， until a few hours later， Martha tried to leave the house to go to the market， but found the door locked. The key was no longer in the door. My uncle， of course， had taken it， after he promised that no one would eat until he discovered the meaning of the writing. Martha and I would be forced to suffer because of a situation that didn't concern us. I remember that my uncle had refused to eat for two days while he performed a great scientific experiment， and he had not allowed the rest of us in the house to eat either.  I now realized that we were not going to eat breakfast， as there was no food in the house， and we were not allowed to leave. We had not had dinner the night before， but I still would not tell him the secret meaning. My uncle was still working， thinking of nothing but the mysterious writing.  Toward noon， I was growing quite hungry， but I refused to give in； it was my duty not to. So I waited.  It was now two o'clock. This was becoming quite foolish， even unbearable. I then thought that， perhaps if I told my uncle the meaning of the document， he would think it was a fake， and there would be no problem. I would have strongly rejected this idea the day before， but now it seemed to be an excellent option. I decided then that I must go tell my uncle immediately.  ……