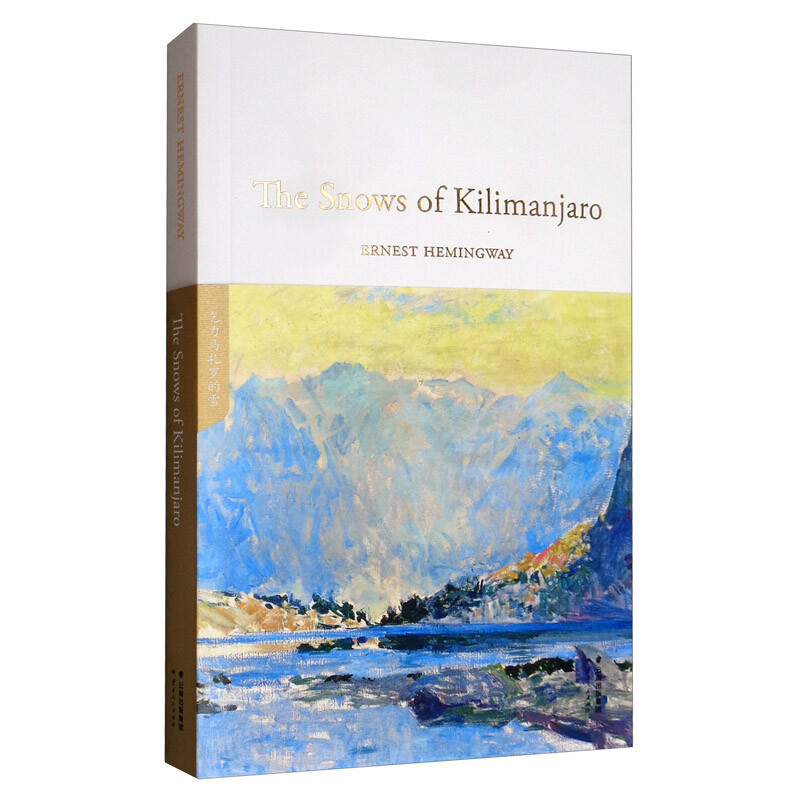 He watched them holding themselves with their nos-es into the current， many trout in deep， fast moving wa-ter， slightly distorted as he watched far down through theglassy convex surface of the pool， its surface pushing andswelling smooth against the resistance of the log-drivenpiles of the bridge. At the bottom of the pool were the bigtrout. Nick did not see them at first. Then he saw them atthe bottom of the pool， big trout looking to hold them-selves on the gravel bottom in a varying mist of graveland sand， raised in spurts by the current. Nick looked down into the pool from the bridge. Itwas a hot day. A kingfisher flew up the stream. It was along time since Nick had looked into a stream and seentrout. They were very satisfactory. As the shadow of thekingfisher moved up the stream， a big trout shot up-stream in a long angle， only his shadow marking the an-gle， then lost his shadow as he came through the surfaceof the water， caught the sun， and then， as he went backinto the stream under the surface， his shadow seemed tofloat down the stream with the current， unresisting， tohis post under the bridge where he tightened facing upinto the current.  Nick's heart tightened as the trout moved. He felt allthe old feeling.  He turned and looked down the stream. It stretchedaway， pebbly-bottomed with shallows and big boulders and a deep pool as it curved away around the foot of abluff.  Nick walked back up the ties to where his pack layin the cinders beside the railway track. He was happy.He adjusted the pack harness around the bundle， pull-ing straps tight， slung the pack on his back， got his armsthrough the shoulder straps and took some of the pulloffhis shoulders by leaning his forehead against the wideband of the tump-line. Still， it was too heavy. It was muchtoo heavy. He had his leather rod-case in his hand andleaning forward to keep the weight of the pack high onhis shoulders he walked along the road that paralleledthe railway track， leaving the burned town behind in theheat， and then turned off around a hill with a high， fire-scarred hill on either side onto a road that went back intothe country. He walked along the road feeling the achefrom the pull of the heavy pack. The road climbed stead-ily. It was hard work walking up-hill. His muscles achedand the day was hot， but Nick felt happy. He fek he hadleft everything behind， the need for thinking， the need towrite， other needs. It was all back of him. From the time he had gotten down off the train andthe baggage man had thrown his pack out of the opencar door things had been different. Seney was burned，the country was burned over and changed， but it didnot matter. It could not all be burned. He knew that.  ……